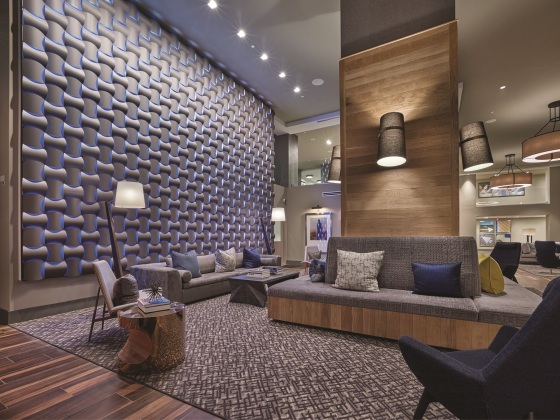 JERSEY CITY, NJ – A modern and upscale housing stock, energetic and trendy local scene and easy access to Manhattan have all combined to place Jersey City atop the list of most desirable Hudson River waterfront communities for today’s renting public.

Fueling the meteoric rise of this New Jersey Gold Coast city has been a growing movement to escape the aging apartment inventory and high rental prices of mainstay waterfront markets such as Hoboken and head to Jersey City where brand new luxury buildings feature apartments with more space, better amenities, and attractive pricing.

Nowhere is this trend more evident than at Soho Lofts, a collection of 377 upscale apartments in Jersey City’s SoHo West Community, an industrial-inspired neighborhood of loft-style homes, amenities and services being developed by Manhattan Building Company on the Hoboken border.  Over 75% of the rental homes at Soho Lofts have been leased, with more than 30% of its residents moving from areas such as Hoboken, Weehawken, Bayonne and North Bergen.

Lauren Stallone, a young professional who had been living with her boyfriend in uptown Hoboken, typifies the migration to affordable rental luxury at Soho Lofts.

“I was living in an older walk-up apartment on Hoboken’s Washington Street,” Ms. Stallone says.  “The home was in need of serious repair and lacked any sort of convenience.  There was no washer/dryer, no central air and no dishwasher.  It was a small unit with only 550 square-feet of space. We were paying a fortune for practically nothing and it was time for a move.” 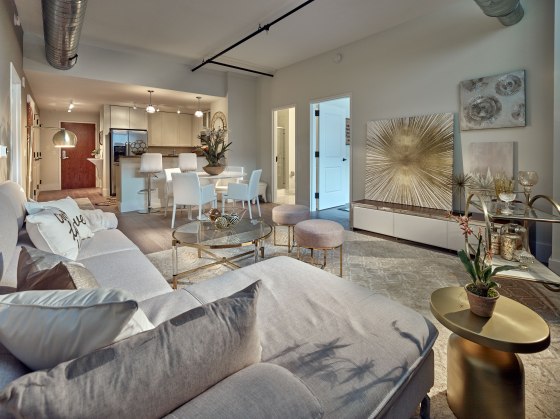 The couple browsed apartments online and met with a local realtor to discuss their new home criteria and budget.  The realtor, familiar with Soho Lofts, knew it would be perfect for their needs. However, Lauren and her boyfriend still wanted to examine all their options and toured luxury rental buildings in Hoboken and a traditional brownstone apartment.

“We visited 1000 Jefferson, Avalon Hoboken, and a home on 6th and Hudson Street,” she recalls.  “The luxury apartments were ridiculously priced and weren’t very new or nice.   The other apartments hadn’t been updated in some time and were priced equal to monthly rents at Soho Lofts when factoring in all the added fees.”

After a month-long search, the couple decided a one-bedroom apartment at Soho Lofts provided the space and comfort they sought with all modern finishes and features on their check list.

“Our cramped Hoboken apartment had a small bedroom and no window,” Lauren says. “We really wanted more open space and Soho Lofts delivered.  We love the layout and the bedroom window and light are amazing.  We also really wanted an in-unit dishwasher.  The washer/dryer was a game changer.”

While the homes were an incredible draw, the value and desirability of Soho Lofts extended well beyond its apartment walls, Ms. Stallone points out.

“The amenity package was another tipping factor for us,” she says. “We knew we could eventually find an apartment in Hoboken having some of the basic necessities within our price range, but they wouldn’t have a pool, gym, sauna, shuttle, doorman and more.  To pay the same amount and receive all these amenities at Soho Lofts? That was a no brainer!”

Best of all, Ms. Stallone has received a new sophisticated lifestyle in a location that’s even more convenient than her old Hoboken address.  Situated at 273 16th Street, Soho Lofts is less than ten minutes from the PATH Station and New York Waterway ferry service via complimentary daily shuttle service.   She’s also a quick walk from many of the same conveniences, and even some better community elements, of her former home.

“The walk into downtown Hoboken is pretty easy,” she says. “It’s literally the same distance from our old apartment.  Plus now we get to enjoy the Hamilton Park area too.  My boyfriend commutes into Manhattan and having the shuttle take him down to the PATH has cut down his travel time significantly.”

Managed by City Homes & Gardens, Soho Lofts has made a name for itself by offering a hotel-like environment ranging from its stylish two-story lobby and five-star recreational and social amenities to its personal service and attention to detail.

“I really love this management company,” Ms. Stallone comments. “They make sure we’re happy here and overall are a great team to interact with. That was also a big reason why we chose this place.” 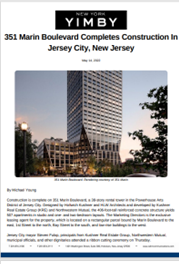