Congratulations to The Residences at Palmer Square,  featured in Elite Traveler, the private jet lifestyle magazine written exclusively for the elite affluent consumer.

It used to be that those who ruled the business world set up shop in global capitals such as Hong Kong, London, New York and Tokyo, and aside from vacation homes, that was pretty much it.  Of course they still do, but as the Ultra High Net Worth population has grown (there are about 200,000 families with a Net Worth of $30 million or more, according to Wealth-X) and is expected to grow by 50 percent by the next decade, the places you are buying homes has spread.

As an example, San Diego has more Nobel Prize winners than any other city in the world.  Silicon Valley, Seattle, Sydney and Singapore have attracted UHNWs with their attributes of a more casual lifestyle approach.

What this means is that there is now a global market for high-end real estate beyond global gateways. 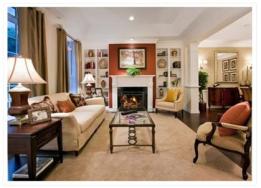 A perfect example is Princeton, New Jersey where The Residences at Palmer Square are “a mini United Nations,” David S. Newton, Vice President of the complex told me in a recent interview.

Built by Edgar Palmer, and named for one of New Jersey’s wealthiest families of the early 20th century, Newton says, Palmer Square was based on the same model as Rockefeller Center when it opened in 1937.  In addition to office space, retail (120,000 square feet including Ralph Lauren), dining, a hotel (The Nassau Inn) and public spaces, the facility has evolved with various phases over its 77 years.  Like the Manhattan version, the development sits in prime space in the town, across from the namesake school. 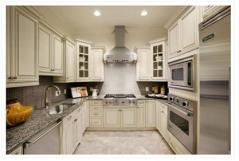 Newton says money and brains has brought the world to his doorstep, and having nearby Trenton Mercer County Airport 11 miles away makes access easy.  In terms of money, Princeton University may have only 7,800 students, including graduates, but its endowment is $18 billion, fifth largest in the country.  Corporate headquarters in the area include the likes of Berlitz and Church & Dwight (Arm & Hammer) as well as General Electric Healthcare’s $18 billion Medical Diagnostics division and substantial presence by Dow Jones, Bloomberg and others.

While perception maybe that Princeton’s University’s draw for elite Chinese offspring is the main driver of international buyers, Newton notes that the area’s long list of secondary prep schools is a worldwide draw that lends to its diverse and global attraction for buyers.  Families often buy residences so family members have a place to stay while visiting.

As Newton puts it, “The intellectual wealth is stunning, and the lifestyle can’t be beat.”