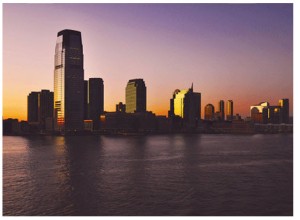 You don’t need to be a real estate expert to know that multifamily on the Gold Coast is white hot.

And you might not bat an eye at the thought of a unit renting for $3,000 a month.

But when that’s the average asking rent for all of Hudson County — the county that makes up a major chunk of this booming market — it might be time to go back and take another look.

With the county projected to reach that benchmark next year, experts say it’s just another resounding sign of just how hot the Gold Coast is. And that’s an average that includes less-expensive parts of the county, meaning rents along the waterfront are even higher — bringing the number up to the $3,000 mark.

It’s why insiders see no signs of a slowdown in the near future when it comes to competition among developers and investors seeking to cash in on the market or plant their flag there.

Bijou is now constructing two other buildings in Hoboken, a 135-unit project on the city’s western edge known as 900 Monroe and a 212-unit, 12-story tower toward the northern end known as Park + Garden. But finding additional sites is not quite so simple.

“We’re always looking and we have a few other development sites where we’re in the entitlement process,” said Gaber, whose firm is based in the city. “It’s very competitive. When there is a development site that comes up in Hoboken, everybody’s looking at it, everybody’s bidding on it — so the price has gone up substantially just over the last year or two.”

The competition is being felt up and down the Gold Coast, experts say, and it’s becoming especially heated as well-heeled institutions increasingly look to break into the market. That’s one driver for another budding trend by investors: acquiring older properties and renovating them to add value.