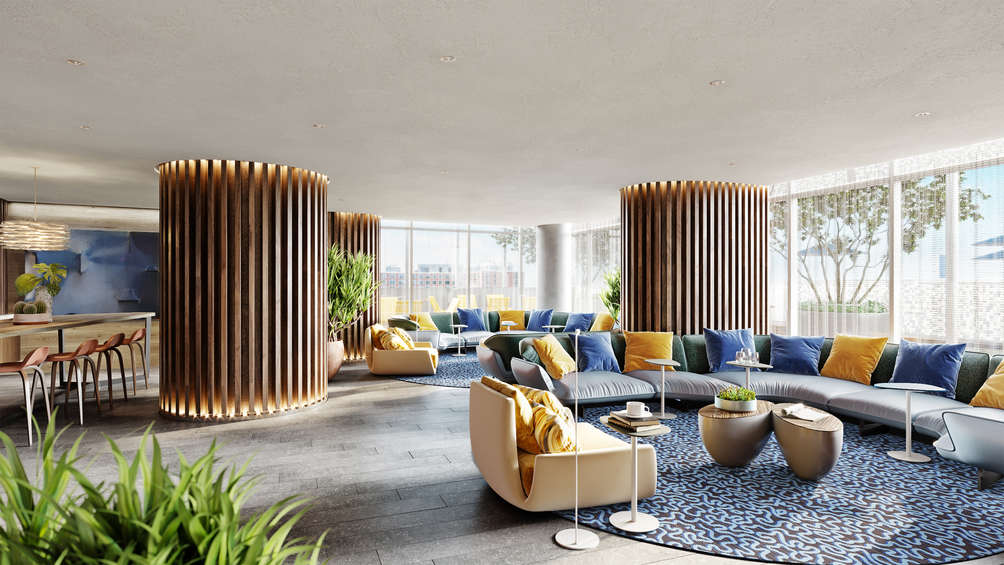 Jonathan Kushner’s Grandma used to tell him, “When things are going right, don’t ask why.”

But when asked why his newest Jersey City rental had leased up 75 percent of its 549 units in just four months, he couldn’t resist: “The Grove Street neighborhood, leading into Liberty Harbor, is the best neighborhood in Jersey City.

“You’ve really got everything at your fingertips. City Hall sits at the center of the community and all around you’ve got parks, hospitals, schools, transportation and more nightlife than you know what to do with. The neighborhood has really matured into a fantastic place to live and that’s why we are here.”

Two of the most active companies in Jersey City, KRE is also developing the three-building Journal Squared and 351 Marin Boulevard, while Ironstate recently completed The Columbus Collection adjacent to the Grove Street PATH Station.

More than two decades in the making, Liberty Harbor North is turning into everything its architects hoped, or, as the city’s planning director at the time said, “One hell of a development project.”

Now comprised of dozens of buildings across 80 acres of formerly derelict industrial land on the edge of the tidewater basin at Liberty State Park, the high-density neighborhood is fed by a network of ferries, light rail, subways and highways and seems as integrated with old Jersey City as it does separated.

The 46-story 235 Grand and its high-rise neighbors look out over the low-rise downtown of historic Brownstones and two-families that make up Paulus Hook and Van Vorst Park. On a clear day, you can see as far as the GW and Verrazano bridges and, of course there’s the bird’s eye view of Liberty State Park, Ellis and Liberty islands and the Manhattan skyline.
Nearby, the local Restaurant Row has everything from pizzerias to cocktail lounges, craft brew spots to Korean barbecue peppered along a pedestrianized section of Newark Avenue where you can sit on a rooftop or street bench and admire The Jersey City Wave, a giant mural by Shepard Fairey.