via Linda Moss/ The Record 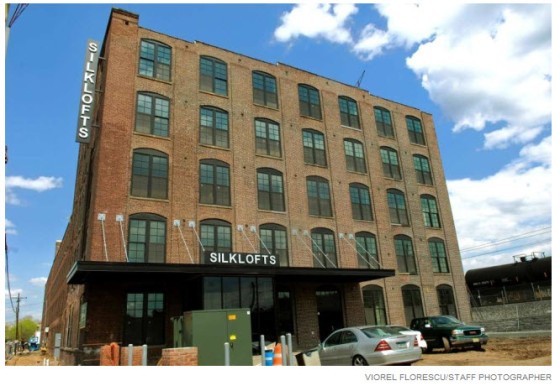 Developer Doug Stern is trying to bring a bit of Brooklyn to Bayonne.

Stern, a 46-year-old Demarest resident, is nearing the completion of SilkLofts, the redevelopment of a factory complex on Avenue E in Bayonne that housed bra maker Maidenform for 76 years. Stern, who grew up in Englewood, is repurposing the site as a multifamily property with what he described as 85 “Brooklyn-style” rental lofts — urban housing with original timber and support beams exposed and incorporated into the housing’s design.

He is beginning to seek tenants for the first phase of the $20 million conversion, for 24 units that will be ready to be occupied in June. By September, Stern said, he expects to have SilkLofts completed and fully leased.

“We have 10 deposits already: We’re almost half sold out [for the first phase],” said Stern, who added that the lofts have even received interest from residents of Fort Lee. 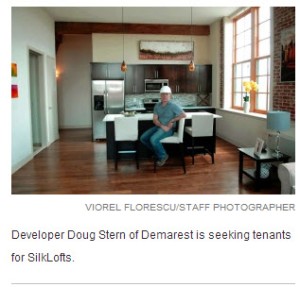 The Bergen County native sees an opportunity to draw tenants, especially young professionals who work in Manhattan, to Bayonne by offering rents lower than those at comparable units on the Hudson Gold Coast, access to public transportation and large apartments with industrial features, high ceilings, washers and dryers, an on-site gym and parking, and views of the New York skyline and the Bayonne Bridge.

The multifamily residential sector is one of the strongest in commercial real estate, with renting an appealing option today for millennials and empty-nest baby boomers. While Bayonne lacks the cachet of its fellow riverfront Hudson County cities such as Hoboken, Stern said that more apartment complexes are being built in the city.

Stern, president of SilkLofts LLC, is banking that his apartments will stack up well when compared with the rents for smaller spaces in hipster popular locales Hoboken and Jersey City, and even Brooklyn. His apartments are among other multifamily residential buildings planned for Bayonne, a blue-collar city that hasn’t undergone the kind of gentrification and renaissance that’s occurred on many parts of the Jersey Gold Coast.

“It was a build-it-and-they-will-come philosophy and mentality that brought me to Bayonne,” Stern said. “I always felt it was an unpolished gem, both the city and this building.”

In 1929, Maidenform, the company that invented the modern brassiere, acquired the Bayonne mill, which has three main buildings and two connected outbuildings, for a total of 100,000 square feet. For a time it was the company’s main factory, and Maidenform was one of the largest employers in Bayonne in the 1940s, with 1,300 workers.

During World War II, the factory made parachutes for the U.S. military and vests for carrier pigeons. Stern played off that history when he decided to make his own wine and give it as a gift  to each of his tenants.

“This is Maidenform Pigeon Vest Red,” said Stern, holding up a bottle that features a photo of a pigeon wearing one of the vests.

Maidenform moved production to the South in 1990 and used its Bayonne property as its corporate headquarters. In 2007, the company vacated the property and put it on the block. Three other developers made failed attempts to buy the factory. Then in November 2009 Stern acquired it for $2.2 million, part of the overall project cost.

SilkLofts, a homage to the site’s history as a former silk mill, has five studio units, 26 two-bedrooms, 48 one-bedrooms and six artists lofts. Monthly rents will start at about $1,500 for studios and go to about $3,400 for the artist lofts. Those rents are 25 percent or less for comparable apartments in cities such as Hoboken, Stern said. The apartments are minutes from the Hudson Gold Coast, near the 22nd Street light rail station.

His partner in the project is CSR Group of Nutley, which is both a construction and architectural firm, and its principal and executive vice president, Leon Cohen. Stern said he wanted to team up with an experienced developer, as SilkLofts is his first significant multifamily project.

“It’s a collaboration between our wants and our ability to afford it,” Cohen said of the project.

For many years, Stern said, he managed the industrial-commercial properties owned by his family’s business, National Office Supply in South Hackensack. The family eventually sold the company to office-supply chain Staples.

Stern and Cohen have incorporated the unique features of the former Maidenform factory into its apartments. The interior of the complex, which was given historic preservation status in 2010 by the National Park Service, has exposed brick walls, 8-foot-tall doors, and ceilings ranging from 12 to 20 feet high.

“To highlight the columns and beams, we removed 50 years of paint and kept them in hallways and bedrooms and bathrooms,” Stern said. “We built the walls around the structures.”

He even left a tall smokestack in the center of an outdoor pocket garden that will have a pizza oven, an herb garden and a fire pit for residents to use. That garden, with its long picnic garden, is meant as a place for residents to socialize and enjoy their Pigeon Vest Red wine, Stern said.

← From Factories to Luxury Lofts -The evolution of a town
Immediate Occupancy Townhomes Generating Strong Interest at the Meadows at Panther Valley in Allamuchy Twp. → 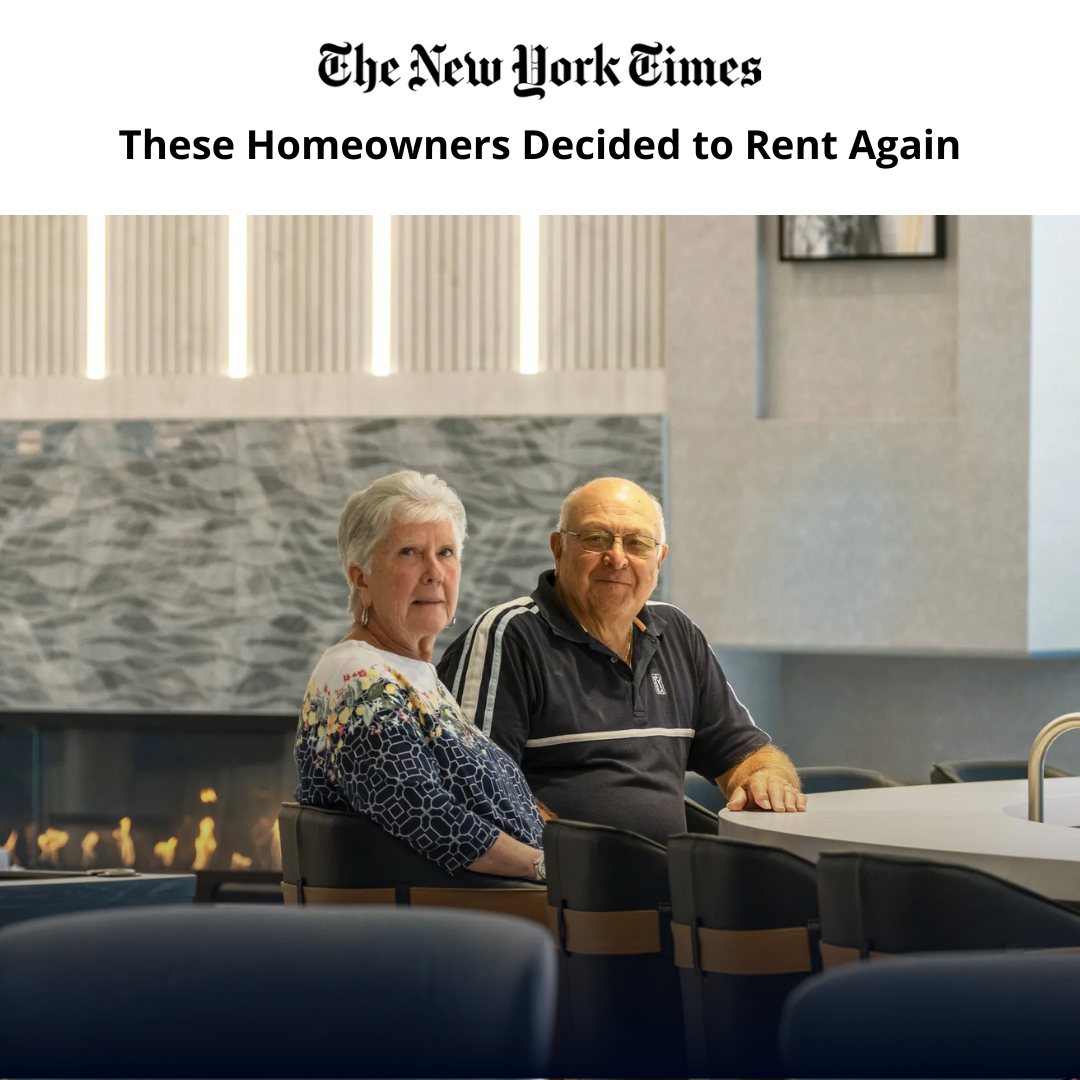