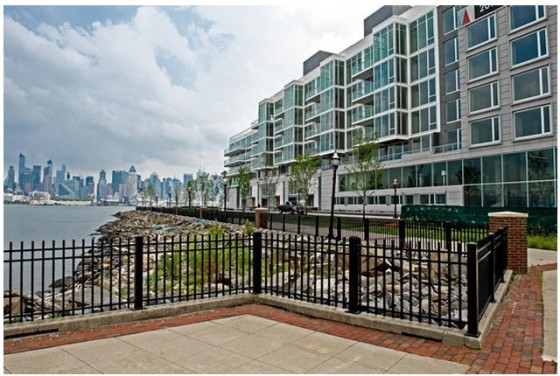 via The Wall Street Journal

A top executive of Lennar Corp.  recently joined with officials from Weehawken, N.J., to celebrate the completion of the home builder’s newest condominium complex, a luxury building across the Hudson River from New York City.

The 74-unit building—which will feature hotel-like amenities, including concierge services, a lobby lounge with a fireplace, gyms and yoga rooms, gathering areas and catering kitchen—is the first of a five-building, 660-unit master-planned community in Weehawken called the Avenue Collection. Condos at the first building range in price from $1.1 million to $2 million. Construction of a second tower with 103 luxury condo units is under way.

The nation’s second-largest home builder by revenue may be better known for $300,000 single-family homes. But in 2011, the company branched out into the rental market and has since increased its investments.

The Miami-based company’s multifamily division has spent about $1 billion to develop 18 apartment communities nationwide, 13 of which are still under construction. What’s more, according to a July report by Zacks Investment Research, Lennar is planning to spend $3 billion to build 12,000 apartments over the next four years.